The Pros and Cons of Two-Bedroom Apartments 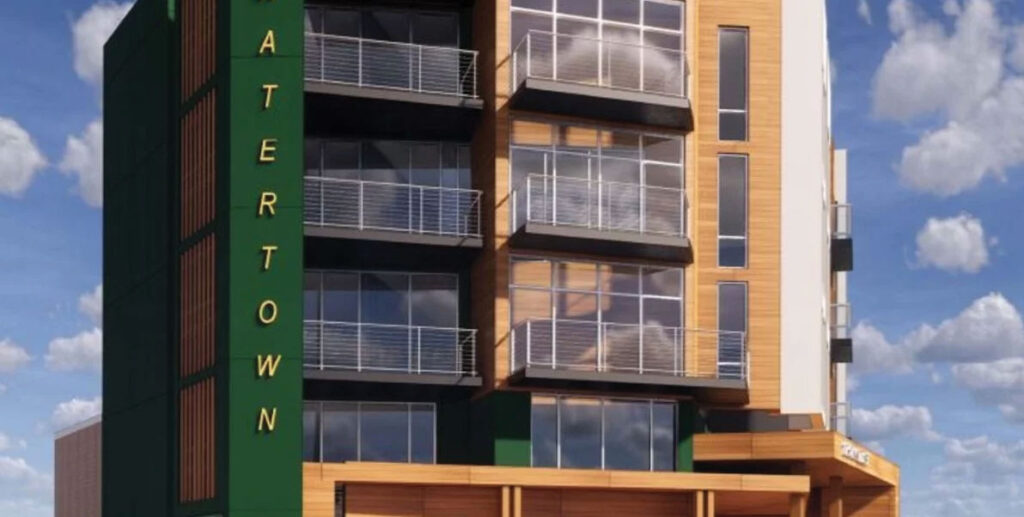 One of the toughest decisions a family can make is relocating to a brand new state, city or town, either for work or for school. It’s a decision that’s especially hard on children since a move could mean changing schools, losing touch with friends, and having to establish new relationships all over again. Interestingly, the decision to relocate isn’t any easier on single individuals. This is especially true of individuals who want to save money and may need to share expenses with a roommate. To add to the stress of moving, families and individuals who choose to relocate have to spend some time researching which neighborhoods they’ll feel safe and comfortable living in. Affordability and close proximity to a school and/or workplace are equally prioritized.

The Good news for couples and individuals who are relocating to Wauwatosa for the Medical College of Wisconsin (WCW), the Watertown Apartments is located near the campus. The housing facility is also located near the Children’s Hospital, the Behavioral Health Pharmacy, the Milwaukee Regional Medical Center, and many other healthcare facilities. Even better news? Watertown Apartments has three different apartment types to choose from that can accommodate the space and budgetary needs of both individuals and families alike. The apartment types available to rent include studio apartments, one-bedroom, and two-bedroom apartments, all of which have their own unique pros and cons.

What Is a Two-Bedroom Apartment?

What Are The Benefits of a Two-Bedroom Apartment?

In addition to individuals being able to enjoy a single space to themselves, two-bedroom apartments that come with at least two bathrooms resolve another major problem for occupants: the sole bathroom being occupied during an emergency! It is truly hectic to have to wait on a roommate, romantic partner, or child to finish their business in the bathroom, especially when you really have to go, or are running late for class or work. Having two bathrooms makes it easier for individuals to take their time without the pressure of having to hurry up and finish what they’re doing for the next person. Another perk to having two bathrooms is that occupants can easily access their medications and other medical supplies.

Related to that last point, one more major advantage to renting a two-bedroom apartment is that roommates can set their own standards for maintaining their own spaces. When it comes to shared spaces like the kitchen, dining room, and living room, arrangements can be made about who’s going to clean what on which days. Admittedly, these arrangements run a bit more smoothly with couples since domestic duties can be more easily discussed and evenly divided. The same is true of deciding how the apartment will be furnished and decorated.

What Are the Drawbacks to a Two-Bedroom Apartment

Another major setback of two-bedroom apartments is that they can only accommodate a maximum number of two children. This could be a problem for parents who have three or more children or become pregnant with a new child. At the very best, the number of children isn’t so much a problem while they’re still incredibly young. As children get older, however, they start to want more privacy. When it comes to space and storage, this creates a third potential setback: there are more areas and spaces to clean than one-bedroom and studio apartments.

One last major setback of two-bedroom apartments is the possibility of two cohabiting roommates not getting along. Some of the major factors that contribute to roommate conflicts include clashing personalities, being annoyed by each other’s habits, or having incompatible lifestyles. This can also include a failure to fulfill responsibilities with regard to expenses or breaching agreements. While many roommates agree to work together to establish a system that works for them both, sometimes they just don’t work out. This can make living under the same roof a miserable time for both individuals until one or both out at the end of their contract.

After weighing the pros and cons of two-bedroom apartments, for the most part, they are the best choice for roommates who earn a decent income and desire to have their own space and privacy. They also work best for couples with one or two children. Two-bedroom apartments may even work for high-income individuals who expect to have regular guests over. They may, however, be too costly for single individuals with fixed incomes or lower-paying jobs who don’t wish to cohabit with a roommate. In this particular case, a studio or one-bedroom apartment may be more manageable. For couples who don’t have children but desire to have their own spaces, a one-bedroom apartment is also a more affordable option.

Watertown Apartments is a student housing facility near the Medical College of Wisconsin located in Wauwatosa. For more information on studio apartments or other apartments available, check out our floor plans or contact us.